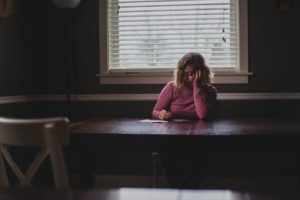 Although I realized years ago that the world was not going to be “saved” or “perfect”, I did expect that the efforts made by me, my friends and colleagues would have a positive impact and leave a lasting legacy for the generations to come. But, with climate disasters increasing, with news of anger, hatred. disrespect and violence bombarding us, with divisions by gender, nation, ethnicity and religion increasing, has anything really been accomplished?

As I ask myself this question while the world goes spinning off in a different direction from the one I imagined—(did the poles shift and I just missed it? Did we slip into an alternate reality?)—I recall a lecture by a Waldorf mentor from decades ago. He said there would come a time that we would feel as though we are “spitting into the wind.”

The online free dictionary defines to be spitting in(to) the wind:

To be doing something totally pointless, fruitless, or futile…

to be wasting one’s time doing something that will not or cannot come to pass.

He also encouraged us that even though we would could not see any value in our deeds that we should still keep on keeping on.

If have often told clients that affirmations and positive actions are like drops of warm water on clocks of ice. We never know whether we have feet, inches or mere millimeters to go before the ice is gone and we can see through to what is below. Just keep going, drop by drop by drop. Though right now we do not see the results, persist.

I do not resist that which seems to oppose me for resistance only gives it more power. I am focused on that thing and not on what I want to accomplish. So instead I persist.

“The best way out is always through.”
― Robert Frost