Developed as an anti-litter campaign, the cry has become something of a State motto.

Sadly, elected officials and money interests have been “messing” with Texas for a very long time and the results came sliding in on icy roads, flooding in on broken water mains, and finally making it physically obvious that its citizens have been “in the dark” for a long time.

Did ERCOT (Electric Reliability Council of Texas) prepare? Reliability? HAH! Did the Public Utilities Commission (PUC) prepare? Did the state government prepare when they were warned in 2011 and then again in 2013 to prepare because the power grid was doomed to fail?

TXDot (Texas Department of Transportation) had 700 plows and 200 motor graders for a state that covers an area 268,597 square miles.

It has been obvious for quite a while now that climate has changed. Stronger hurricanes. Increased flooding. The warning signs have been here for years, and not just in Texas.

It is obvious that the land and water cannot sustain the population growth, but that doesn’t daunt those who have profit to be made. Decisions are made on the basis of dollars and not upon sustainability and a long-term naural quality of life rather than a short-term artificial quality of life.

This was catastrophe with a capital C. It was about Corruption and Climate change. Don’t Mess With Nature!

But it’s also about Complacency. It’s about the citizens not paying attention. It’s about ordinary people believing lies because they were comfortable lies. Why do the work necessary to think, to question, to educate yourself, to analyze?

These are common sense questions, and in order for common sense to return, we as a species will need to get back in touch with the fact that we belong to nature, to all that is natural. It is a question of balance.

I speak from experience. I lived for 8 years in Colorado. For about 6 to 7 of those 8 years, I lived without running water. For 5, without electricity. It was easier to live without those modern luxuries in nature. A couple of those years were in the Gunnison National Forest, a couple were in the woods. I lived in a tipi through winter and summer. I lived in a one room log cabin. Each was a learning situation and I got better and better at the lifestyle. I created my own “Survivor, Sharon” experience.

Those years made me capable. I hauled water in two 5-gallon jugs, carrying them at a run a quarter mile uphill. I felled trees. I gathered wild food. I grew food. I lived a lifestyle that our ancestors lived. And, I relied on the goodwill of others for those things I could not do. I relied on Community.

Those years also made me so aware of what we take for granted in our modern world. Though it is not every day that I remember to give thanks for electricity and running water, when I first started using them again, I was in awe of the ability to lift a little switch up and have lights, or turn a switch and have heat. I sometimes turned the faucet on and off, on and off, just because I could. What marvels!

This week, Texans were thrown into a foreseeable situation. There were warning signs from other disasters. There was about a week’s warning that this weather was coming? Who prepared? What agencies gave preventive advice? From a governmental point of view, who gave a damn?

From an independent, personal responsibility point of view, who bought or gathered wood if they had a fireplace. Who stocked up on potable water, foods that don’t require refrigeration or cooking? Filled bottles and jugs with water from the tap? Who put plastic over windows? Who bought propane camp stoves and propane? Who had batteries and lanterns ready? Who had insulation strips for doors and windows? Or extra blankets? Warmer clothes?

Of course, many things were beyond the average person’s immediate control.

Generally, Texas homes are designed for letting out heat, not keeping it in. Pipes are exposed. The cars don’t have snow tires. There aren’t tire chains, salt, sand, in the trunk of the car or the bed of the truck for winter weather. Radiators are not filled with antifreeze to meet prolonged cold. People are prepared for sustained heat, not sustained cold. It was a setup for an unmitigated disaster.

Still, if this disaster doesn’t wake people up, how many disasters will it take?

Working from an old paradigm, an old belief system that doesn’t reflect the new reality, is preparing for only more catastrophies, not just here in Texas, but as we have seen elsewhere in the United States, and the world.

People, it is time to wake up. Look around. Your world has changed. If you do not change with it, you will not survive, let alone thrive.

We have a choice. We can ignore the need for change for the temporary illusion of comfort and safety, and propel ourselves and our children into peril.

Or, we can endure the temporary discomfort of change now for a permanently sustainable future. Let’s create a thriving community. Let us start now.

“Find the courage to ask questions and to express what you really want. Communicate with others as clearly as you can to avoid misunderstandings, sadness and drama.”
― Miguel Ruiz, The Four Agreements: A Practical Guide to Personal Freedom 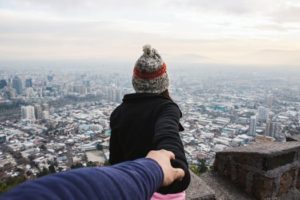 In friendship, as in all interrelationships, trust is a foundational building block. Trust is established through dependability, responsibility, integrity, honesty, and commitment in word and action. In a true friendship one is able to speak openly, freely, from the heart, to confide, to share things that are meaningful, and when needed to bridge the inevitable differences and misunderstanding that arise between and among people, to speak openly even if it might be hurtful or uncomfortable. Friendship is trusting that everything is said and done in an atmosphere of safety and a commitment to deepen and extend communication and understanding, to building upon commonalities and accepting and appreciating differences. No progress can be made and ground can be lost when a foundation of trust is poorly developed or crumbles. Lack of trust underlies so many of the seemingly unending, unresolvable controversies and wars because one or more of the parties will not give it the opportunity to be resolved.

Without trust, there is fear and fear destroys relationships.

We need trust to deepen our relationships, to feel safe to make plans and safe to share ourselves and our lives. Trust requires that we keep our promises and demonstrate respect and honor for the other.

The betrayal of trust can be devastating. Betrayal can take many forms such as promises not kept, unreliability, untrue or failed communication, taking the other for granted, playing one friend against the other, playing favorites, switching allegiance, mixed signals, manipulation; and, perhaps worst of all, the inability or unwillingness to be real, to unveil oneself, to be vulnerable. When one is afraid to be vulnerable, there really is no basis for trust; and relationships, even longstanding ones, can be crushed.

To develop, continue and deepen a trust relationship:

“If someone is not treating you with love and respect, it is a gift if they walk away from you. … 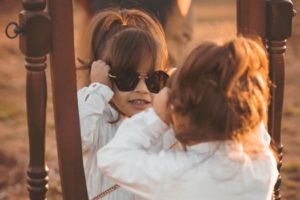 Walking away may hurt for a while, but your heart will eventually heal. Then you can choose what you really want. You will find that you don’t need to trust others as much as you need to trust yourself to make the right choices.”
― Miguel Ruiz, The Four Agreements: A Practical Guide to Personal Freedom